Rugby is amongst the most played and watched sports in the world. The game is physically demanding, with bouts of walking, jogging, and running, interspersed with sprinting, static exertions, and contact events. Therefore, injuries are common in rugby and rugby shoulder injuries make up around 20% of all rugby injuries.

Most common rugby injuries in the shoulder affect the following structures:

Soft tissue around the shoulder

The shoulder complex, which consists of the clavicle, scapula, and humerus, connects the upper extremity to the thorax by a carefully crafted arrangement of three joints- the glenohumeral, acromioclavicular, and sternoclavicular. The articular structures of the shoulder complex are largely intended for mobility, enabling us to move and position the hand within a large range of space.

While being a primary joint responsible for the movement of the upper limb, stability is very important for the joint. Passive stabilization is provided by the bony architecture, the ligaments, the capsule, and the labrum. Additionally, muscles around the shoulder complex also provide dynamic stabilization to the joints. 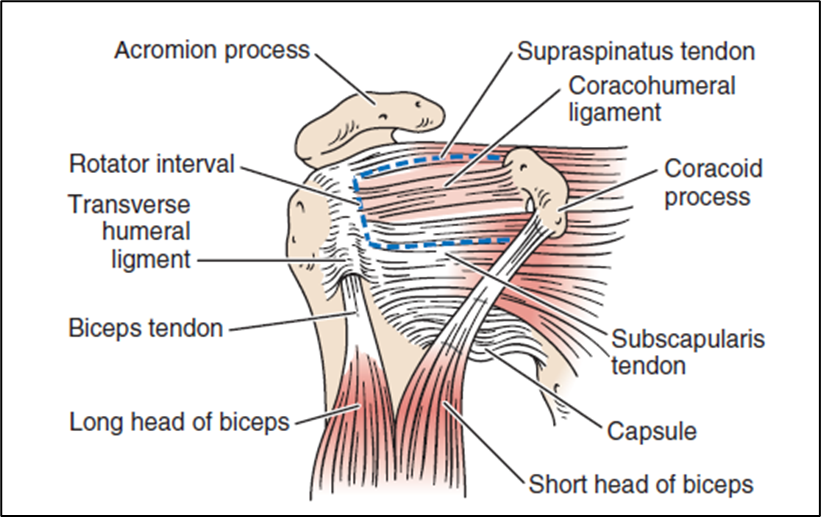 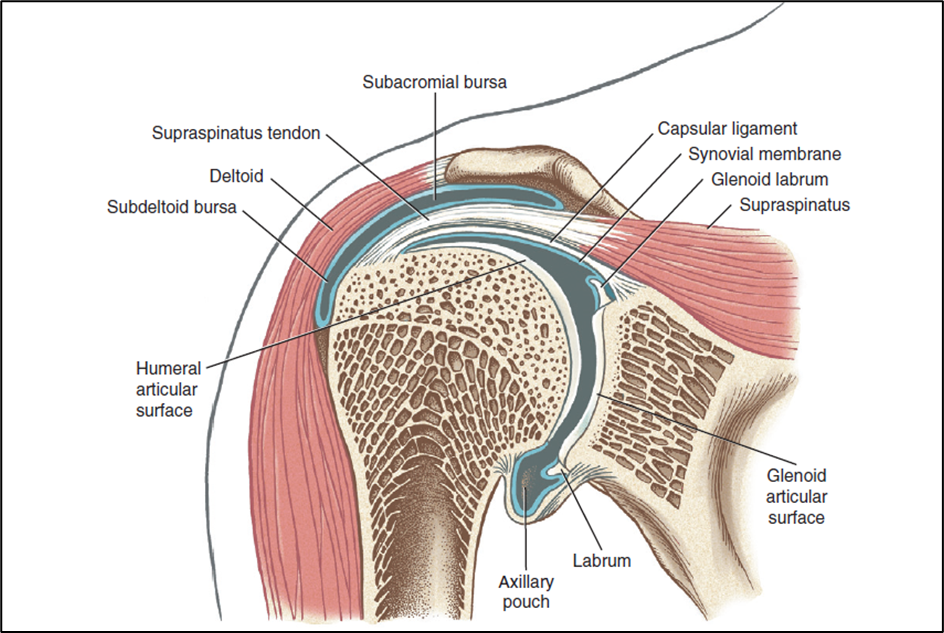 Acromioclavicular injuries are found to be the most common shoulder injury in rugby players.

Most common mechanism of injury is a direct fall on the shoulder, especially with the area above the shoulder blade striking the ground first. This causes a dislocation of the AC joint as the ligaments that keep the joint in place get torn by the impact.

Pain, limited motion in the shoulder, swelling, bruising, tenderness at the top of the shoulder. 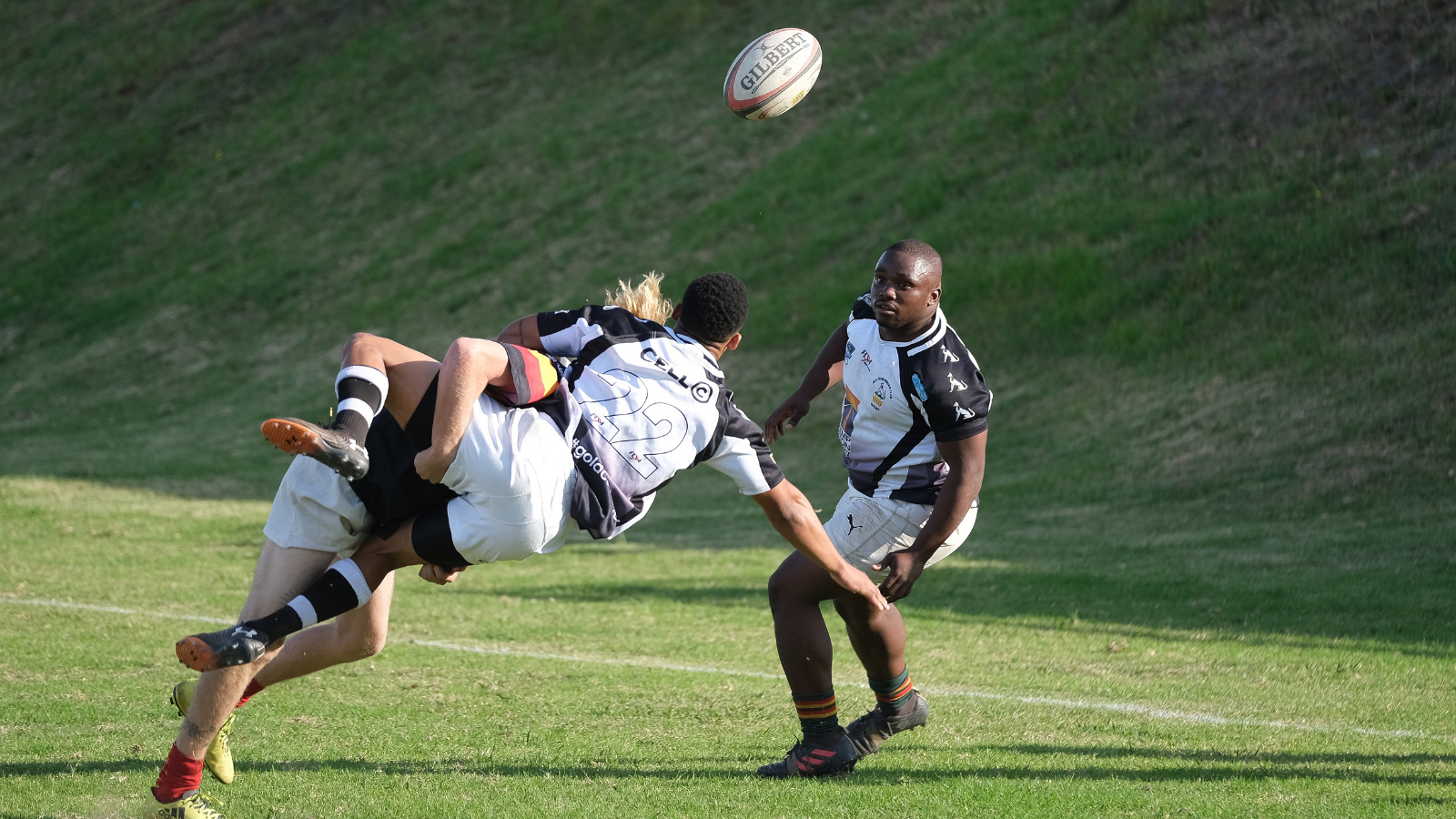 Rotator cuff injuries encompass a range of severity, from mild cuff contusions to partial and full thickness tears and can all occur in players. Rotator cuff tendinitis is also a common issue in rugby players.

These types of injuries are mostly sustained by a direct blow to the shoulder from direct contact with an opposing player or a fall. Usually, the mechanism of injury is an impact or less commonly, could be an ABER (abduction-external rotation) dislocation.

Difficulty and pain caused by raising your arm, popping, or clicking sounds or when moving your arm, shoulder weakness and struggling to lift items. 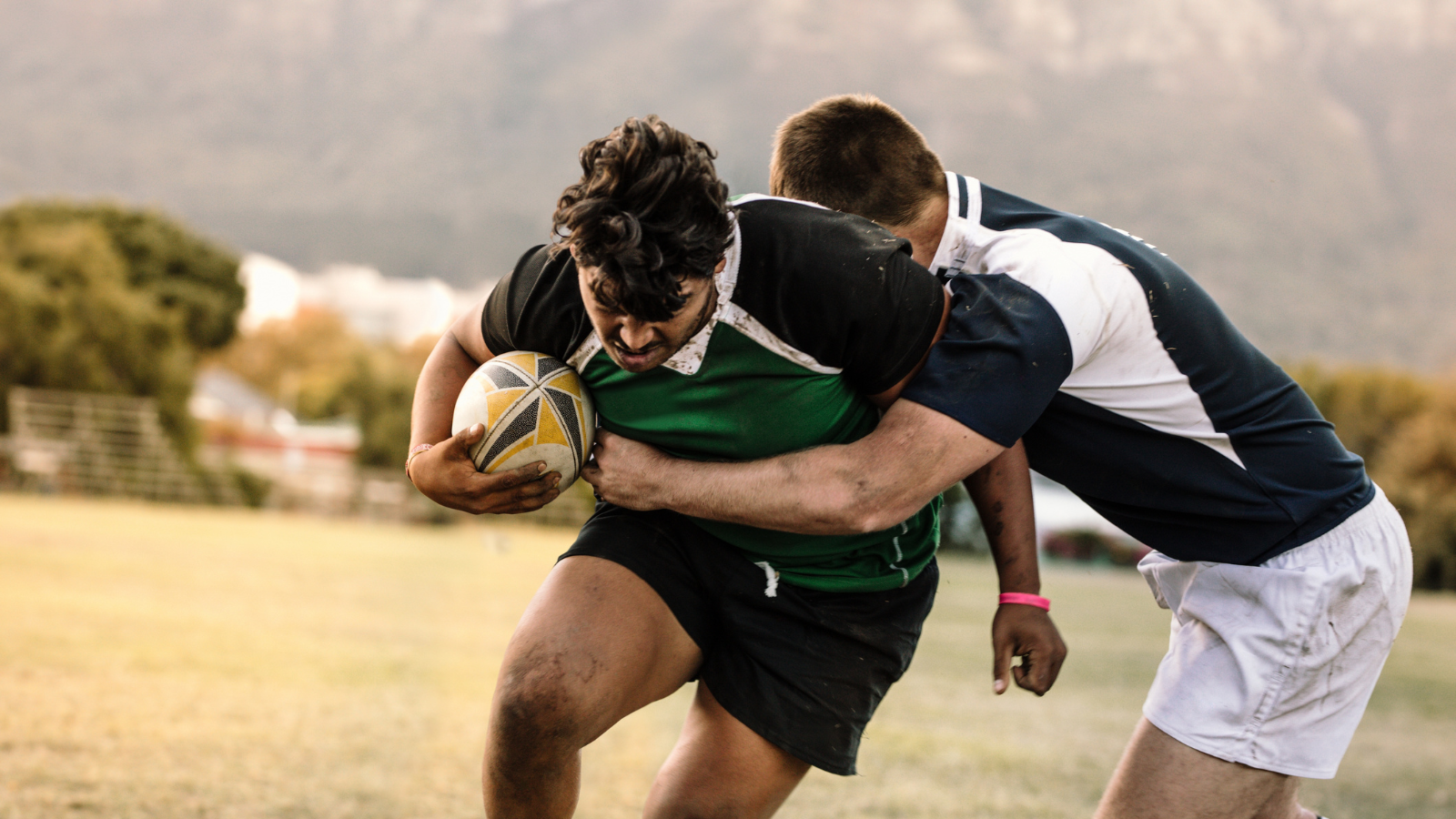 A compressive or violent force either directly over the medial clavicle or to the posterolateral aspect of the shoulder can cause a sternoclavicular injury.

Bruising, pain, swelling or tenderness over the joint, a deformity where the clavicle or scapula has moved, limited range of arm motion. 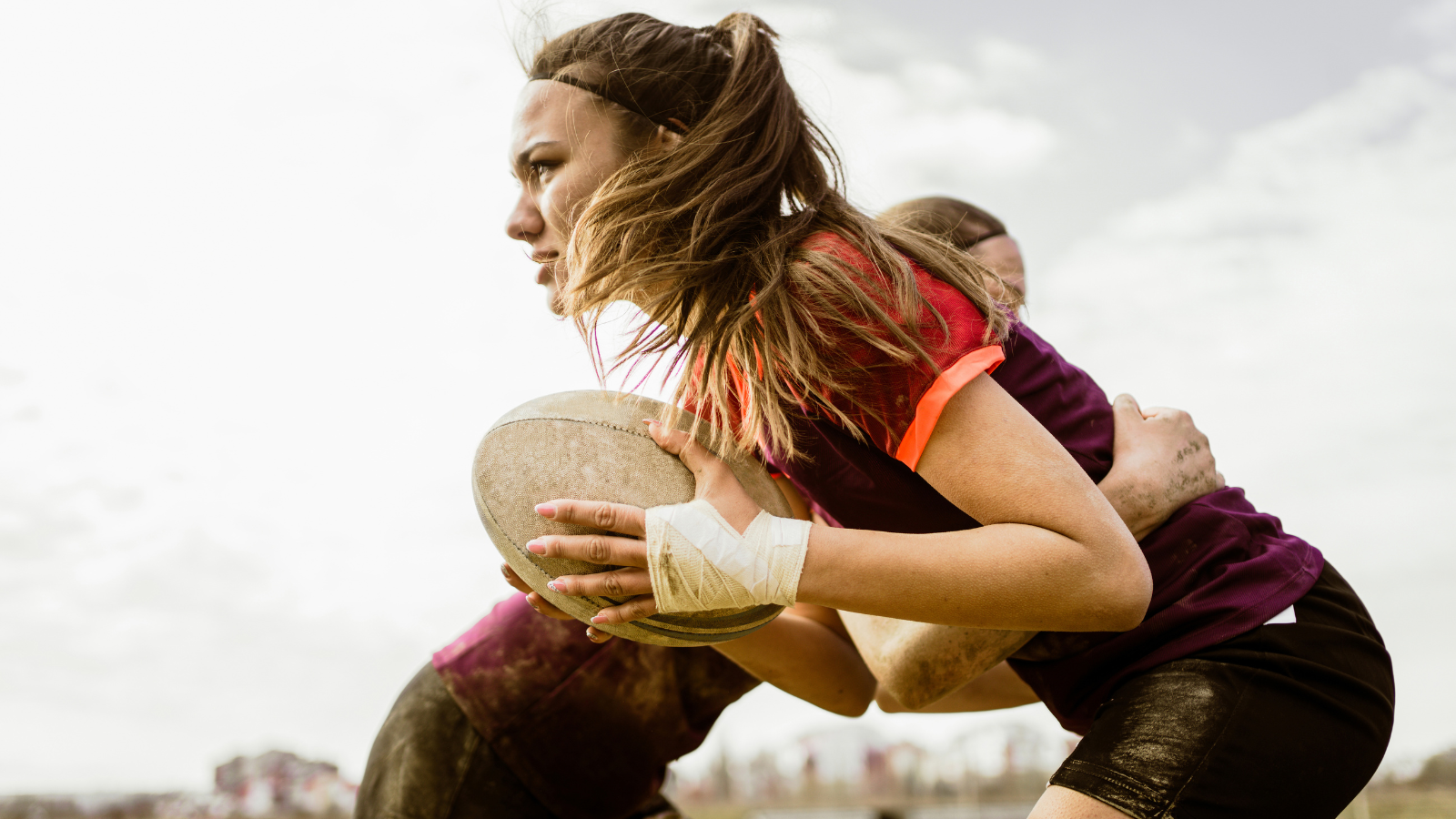 Tackle injury is the most common cause of dislocation. The rugby player tackling are more prone to have a dislocation as opposed to the players being tackled. The five-eight position on the field are at the highest chance of enduring this injury. For all rugby players, player-to-player contact results in trauma with the elbow in an extended position forcing the shoulder to exceed the limits of the normal range of motion causing anterior shoulder dislocation. Trauma with the elbow in a flexed position and the direction of the injuring force along the longitudinal axis of the humerus causes posterior shoulder dislocation. Fall, ruck, and impact are the lesser common mechanisms of injury.

A visibly deformed shoulder, inability to move your shoulder joint, excruciating pain, swelling, and tingling sensation from your neck that can radiate to your arms. 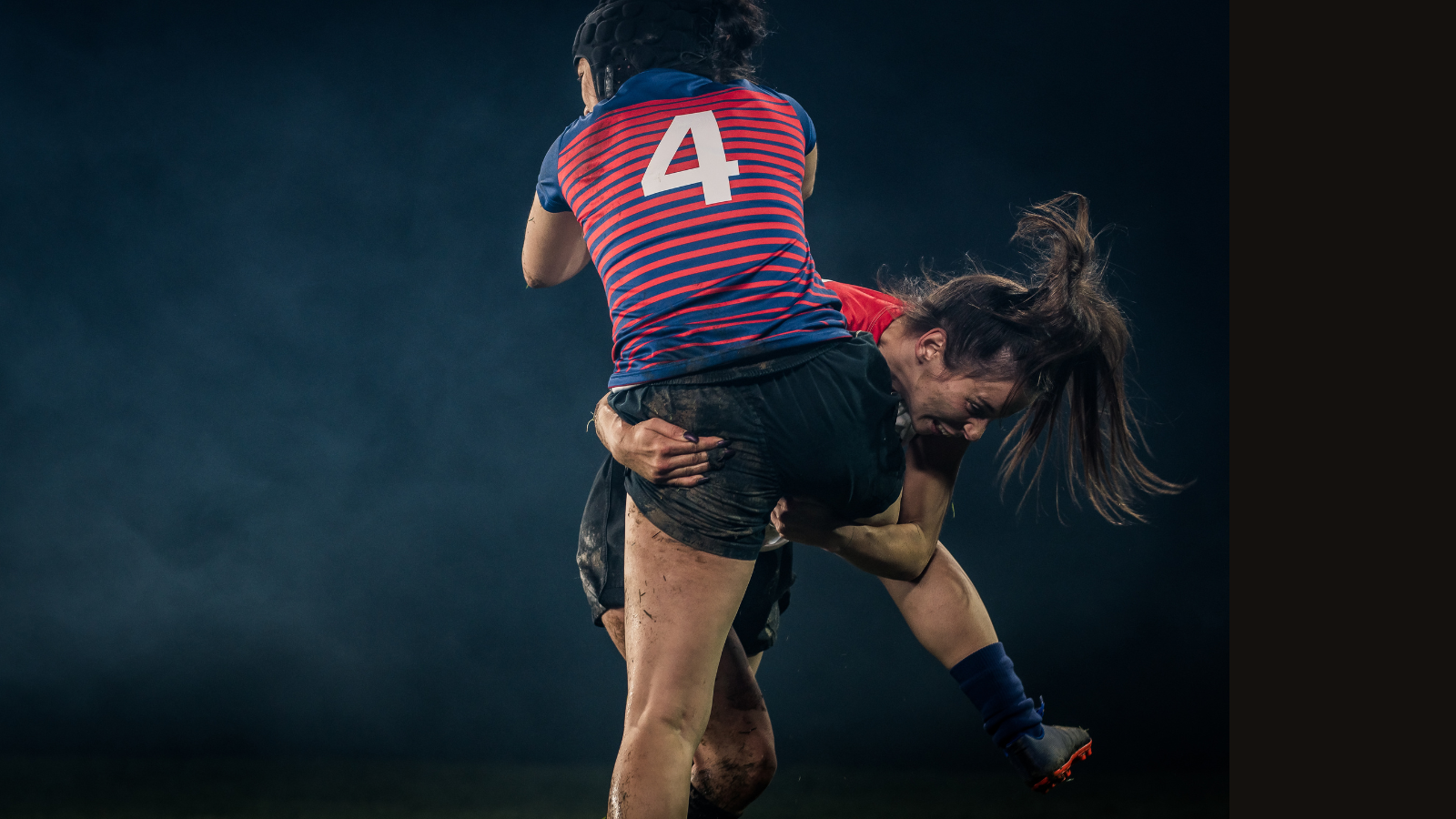 Superior labrum anterior to posterior (SLAP) tears are the most common labral tears in rugby players.

The typical mechanism of injury is usually a direct blow, consisting of a tackle where the shoulder is driven into an opposing player or, more commonly, landing on the ground directly onto the adducted shoulder while holding the ball or an opponent. Less commonly, an injury can occur if the arm is in an abducted internally rotated position for a tackle, with a direct blow to the upper arm, forcing the arm into hyperextension and internal rotation.

Shoulder painShoulder pain is any pain felt around in and around the shoulder joint. The shoulder is the most mob More along with mechanical symptoms such as locking, catching, popping, or snapping in the shoulder.

Traction forces on a flexed elbow can cause injuries to the long head of biceps. 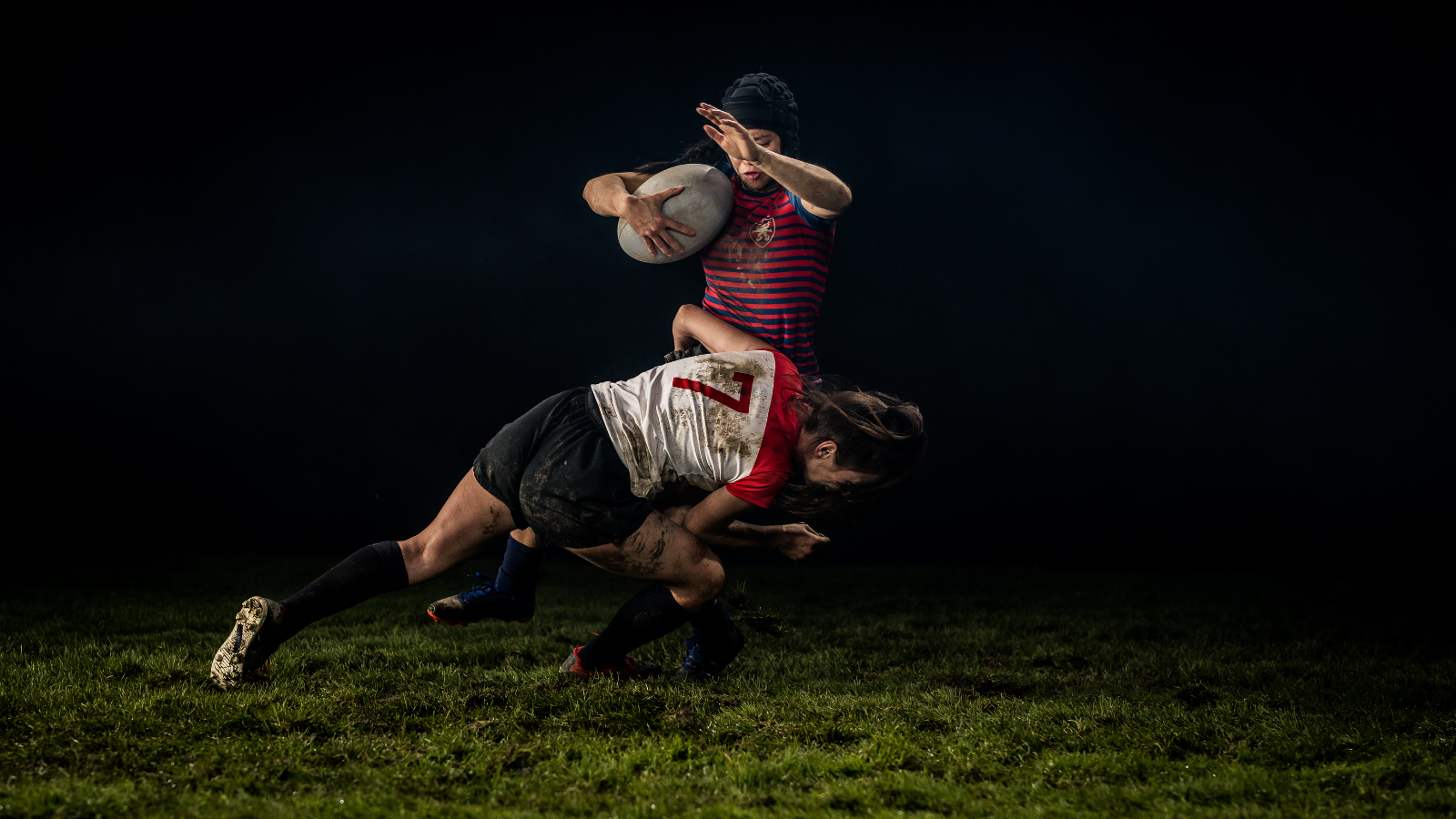 Pain, swelling, discolouration at the site of the fracture.

The brachial plexus is a network of nerves that runs from the neck to the arm. It controls the movement and sensation in the arm and hand.

The Brachial plexus traction lesion is a type of shoulder injury that occurs when the nerves that run from the neck to the arm are damaged. This injury is often caused by a direct blow to the shoulder, such as in a rugby tackle.

Traction and/or compression forces acting on the brachial plexus are the primary means of injury, with traction accounting for 95% of injuries. Such injuries most commonly occur in players playing the fullback position. The injuries result from a tackle causing a depression of the shoulder and lateral flexionIs an upgoing movement from the front side or the sagittal plane facilitated by the pectorals, anter More of the head to the contralateral side. Less commonly such an injury can occur from a direct compressive force onto the supraclavicular region.

Numbness or loss of feeling in the hand or arm, inability to control or move the shoulder, an arm that hangs limply, burning, stinging or severe and sudden pain in the shoulder or arm.

A rare but serious injury is a rupture of the pectoralis major muscle. Given the demands placed on the shoulders of these players, when such an injury occurs, it will usually require surgical repair, and an extended period of rehabilitationRehabilitation is the process of helping a person regain strength and function after an injury. This before return to professional play is possible.

A tackle that involves a relative increase in the amount of shoulder abductionIs a sideways upgoing movement in the frontal plane brought about by the supraspinatus and the mid, a higher point of contact on the attacking player, and an initial point of contact from the defending (injured) player more distal on the arm than is usual. 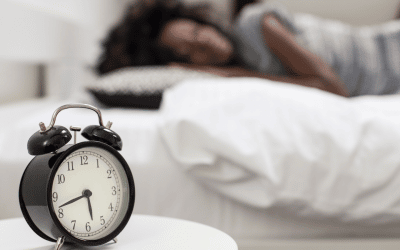 How to Sleep With a Frozen Shoulder 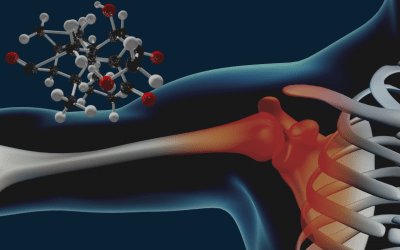 How painful is a cortisone shot in the shoulder?

Will a cortisone shot help a torn shoulder labrum?

Read more
We use cookies on our website to give you the most relevant experience by remembering your preferences and repeat visits. By clicking “Accept”, you consent to the use of ALL the cookies.
Do not sell my personal information.
Cookie SettingsAccept
Manage consent

This website uses cookies to improve your experience while you navigate through the website. Out of these, the cookies that are categorized as necessary are stored on your browser as they are essential for the working of basic functionalities of the website. We also use third-party cookies that help us analyze and understand how you use this website. These cookies will be stored in your browser only with your consent. You also have the option to opt-out of these cookies. But opting out of some of these cookies may affect your browsing experience.
Necessary Always Enabled
Necessary cookies are absolutely essential for the website to function properly. These cookies ensure basic functionalities and security features of the website, anonymously.
Functional
Functional cookies help to perform certain functionalities like sharing the content of the website on social media platforms, collect feedbacks, and other third-party features.
Performance
Performance cookies are used to understand and analyze the key performance indexes of the website which helps in delivering a better user experience for the visitors.
Analytics
Analytical cookies are used to understand how visitors interact with the website. These cookies help provide information on metrics the number of visitors, bounce rate, traffic source, etc.
Advertisement
Advertisement cookies are used to provide visitors with relevant ads and marketing campaigns. These cookies track visitors across websites and collect information to provide customized ads.
Others
Other uncategorized cookies are those that are being analyzed and have not been classified into a category as yet.
SAVE & ACCEPT