CrossFit: Safe or Dangerous? Study finds that your shoulders are at risk, and it could be the culture’s fault

CrossFit is a popular weightlifting sport that has been attracting participants from all walks of life for its many reported physical health benefits. However, some experts argue that CrossFit also exposes participants to an increased risk and severity of injury.

Is CrossFit dangerous? Researchers from Pennsylvania State University conducted a retrospective cohort study on the safety of CrossFit. Their findings suggest that CrossFit participants are 1.30 times more likely to self-report an injury and 1.86 times more likely to seek medical attention than those using a traditional weightlifting routine. Among both CrossFit and traditional weightlifting participants, shoulder injuries were the most commonly reported type of injury.

The Appeal of CrossFit

CrossFit’s popularity can be attributed to several factors. First, CrossFit is a “functional fitness” program that purports to train participants in activities that they are likely to perform in their everyday lives. Second, CrossFit workouts are typically short (30 minutes or less) and high-intensity, which appeals to busy decision makers. The popularity of “Workout of the Day” or WOD, also takes the decision-making out of the effort of working out on a regular basis.

CrossFit has been criticised in popular media as having high rates of injury, however the recorded statistic do not show this to be a big factor, as injury rates are similar to other sports.

In comparison, we can look at injury rates for other sport:

“When the comparison of injury was adjusted for sex and age, the likelihood of sustaining an injury in the past 2 years was 2.26 times higher in the CrossFit group. Both groups appeared to exercise the same number of hours per week.”

The shoulder is the most common location of injury for both CrossFit athletes and traditional weighlifting, indicating the need for shoulder stability, strengthening, and monitoring of shoulder fatigue, range of motion, and detecting early signs of shoulder injury before training makes it worse.

CrossFit participants most commonly reported being injured while performing the following movements:

Traditional weightlifters were most commonly injured while performing:

Poor form, and incorrect weightlifting technique could be the main causes of injuries. In CrossFit, the intense workouts that mix complex movements with weightlifting exercises could mean that athletes’ muscles are already fatigued when training at high intensity.

However this is not to say that traditional weightlifters do not train with such intensity.

The authors state “Specifically, an individual’s motivation to achieve his or her personal goals may increase when that person is exposed to a perceived obligation to either outperform others or to live up to the expectations of others cheering for the participant. This situation may lead CrossFit participants to push themselves beyond their physical fatigue limit and may ultimately lead to technical form breakdown, loss of concentration, and injury.”

Furthermore, many of those who reported an injury concluded that the gains obtained from their workout routine outweighed the injury risk.

What are your thoughts? Do you think that the culture of CrossFit promotes unsafe training?

Or do CrossFit and traditional weightlifting need more of a conversation around shoulder health?

Take control of your shoulder recovery with Reflex Health

With Reflex Health monitor your shoulder range of motion and shoulder painShoulder pain is any pain felt around in and around the shoulder joint. The shoulder is the most mob over time. Users say “It would be like going on a diet without tracking your weight loss.” Take control today by downloading the Reflex Health App. 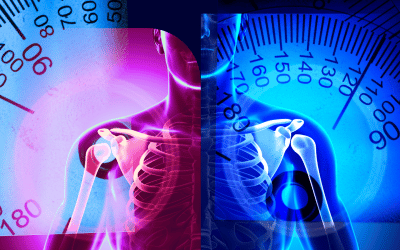 What is Normal Range of Motion for Shoulder

Read more
We use cookies on our website to give you the most relevant experience by remembering your preferences and repeat visits. By clicking “Accept”, you consent to the use of ALL the cookies.
Do not sell my personal information.
Cookie SettingsAccept
Manage consent

This website uses cookies to improve your experience while you navigate through the website. Out of these, the cookies that are categorized as necessary are stored on your browser as they are essential for the working of basic functionalities of the website. We also use third-party cookies that help us analyze and understand how you use this website. These cookies will be stored in your browser only with your consent. You also have the option to opt-out of these cookies. But opting out of some of these cookies may affect your browsing experience.
Necessary Always Enabled
Necessary cookies are absolutely essential for the website to function properly. These cookies ensure basic functionalities and security features of the website, anonymously.
Functional
Functional cookies help to perform certain functionalities like sharing the content of the website on social media platforms, collect feedbacks, and other third-party features.
Performance
Performance cookies are used to understand and analyze the key performance indexes of the website which helps in delivering a better user experience for the visitors.
Analytics
Analytical cookies are used to understand how visitors interact with the website. These cookies help provide information on metrics the number of visitors, bounce rate, traffic source, etc.
Advertisement
Advertisement cookies are used to provide visitors with relevant ads and marketing campaigns. These cookies track visitors across websites and collect information to provide customized ads.
Others
Other uncategorized cookies are those that are being analyzed and have not been classified into a category as yet.
SAVE & ACCEPT